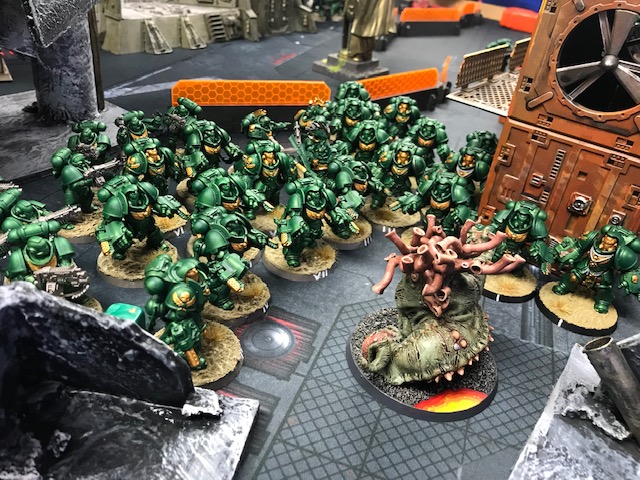 I’ve mentioned a couple of times on the blog that my painting of 40k Nurgle daemons was part of a build-up to a big game. And here are the results:

It was a huge game (over 750 power points per side), and featured a narrow win by the Imperials–by a single mission point. Each player had their own missions to accomplish, and the Imperials narrowly managed to get a bit more traction than the other forces–thanks to the Knight Titan that wouldn’t die and the resolute Salamanders dispatching all foes that faced them.

Here are some of the photos from the battle: 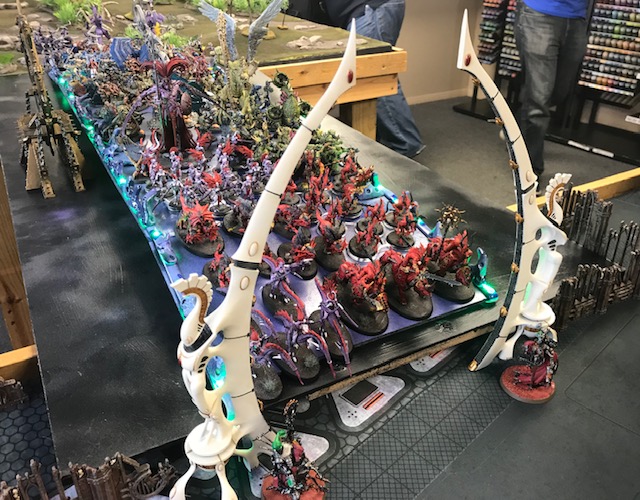 The portal opened, teeming with Daemons from all four Chaos gods. 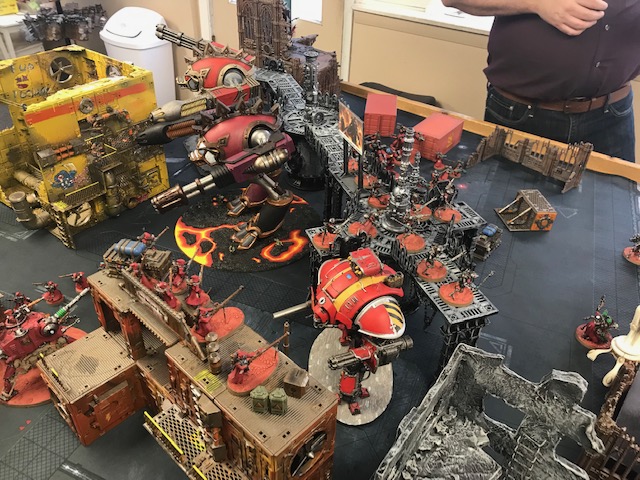 The Manufactorum repair bay where the Warhounds and Knight Titans were under repair. 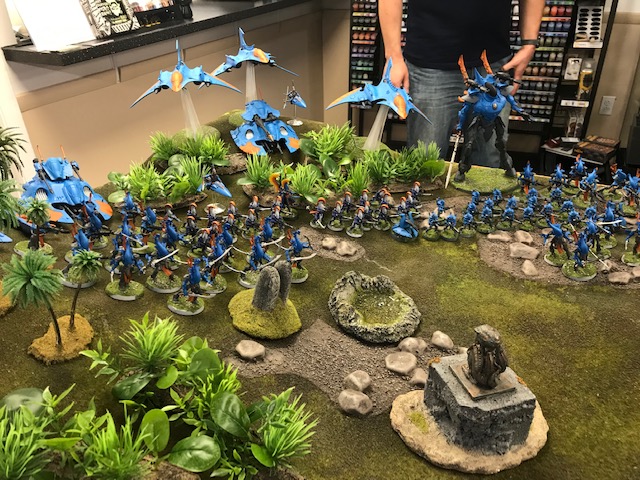 On the other board (connected by the gate we built between them) the Eldar army waited.

Greater Daemon of Slaanesh, plus a Beast of Nurgle buddy to eat the overwatch, assault the Knight.

The Eldar flyers finished off one of the Warhound Titans.

The other Warhound Titan, its command staff corrupted by Gellerpox, rained destruction from behind the manufactorum building.

In all it was a great day of gaming and a massive story told. Huge thanks to Drawbridge and Enrico for hosting, Ryan for building and painting the light-up bridge that spanned the two tables, Steve and Jesse for painting the eldar gates, and Mike, Tony, Andy, Colton, and even Jeff for providing the huge number of painted models that took part in the battle. Finally, an additional thanks to Just Hitched Films ( www.justhitchedfilms.com ) for coming and filming the event, and putting together the great video.